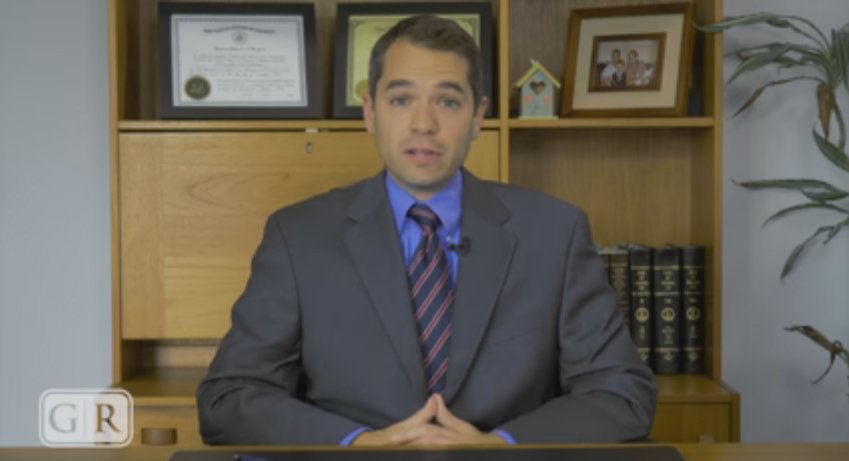 GRDD Law Partner Christopher DeSimone discusses the details of a commercial lease, the process of reviewing a proposed lease, and why tenants should engage an experienced attorney.

For information about commercial leases or other business matters, contact us at 703-273-1400 or info@grddlaw.com.

Hypothetical situation: A commercial building owner in Virginia with a single tenant determines that its building is in need of a new roof. Under its lease with the tenant, the owner is made responsible for repairs to the roof. The owner meets with several contractors who make presentations and submit bid proposals. The company, Shady Roofers, submits the lowest bid ($25,000) with the most impressive presentation. The presentation includes a slide show with hundreds of photos of projects that Shady Roofers did not actually work on. When asked why its bid is lower than everyone else’s bid, the Shady Roofers sales agent falsely states to the owner: we use “Grade A” roofing materials, and we have a special relationship with Best Supply Company for “Grade A” roofing materials. The owner decides to hire Shady Roofers and signs the standard Shady Roofers customer contract.

The contract is silent as to source and quality of the roofing materials. The contract is silent as to the roofer’s responsibility to construct the roof in accordance with industry standards. The contract includes a long list of boilerplate clauses, including the following: (1) that owner is not relying on any statements, promises or representations not specifically set out in the contract (a “No-Reliance Clause”), and (2) that owner’s damages in the event of default by Shady Roofers are limited to the amount of money actually paid by owner to Shady Roofers (a “Limitation of Damages Clause”).

Shady Roofers proceeds to construct the roof using “Grade F” materials that are not purchased from Best Supply Company. Unknown to the owner, Shady Roofers fails to follow customary industry building standards, cuts corners, and does not properly support the roof. A few months after completion and final payment, a portion of the roof collapses, causing property damage to the owner’s tenant in the amount of $15,000. The cost of repairing the collapsed roof is estimated to be $50,000. In addition, the owner’s tenant is forced to shut down its business and is entitled under its lease to free rent in the amount of $10,000. All told, the landlord’s losses resulting from the roof collapse will be $75,000 (ignore, for the sake of this hypothetical, the existence of insurance).

Question: Can the owner file suit against Shady Roofers for breach of contract? Fraud? Negligence? All three? Why does it matter?

First – Why it matters. The actual losses incurred by owner as a result of the roof collapse are $75,000. The Limitation of Damages Clause in the contract limits the amount of the owner’s damages to the $25,000 paid to Shady Roofers, and such clauses are enforceable in Virginia. If only a suit for breach of contract is available to the owner, the owner will not be able to recover its actual losses. A lawsuit for fraud or negligence, however, could allow recovery of all losses such that the owner is made whole. In addition, owner may be able to recover an additional award of consequential or punitive damages against Shady Roofers with a negligence or fraud claim.

We are frequently presented with situations like the above, in which a client has signed a contract, the other party has been dishonest or has negligently performed, and the client wants to be made whole. The scenario on its face screams of fraud and negligence. But, is the owner stuck with only a breach of contract claim?

The Source of Duty Rule controls.

To understand the remedies available to the owner, it is first important to distinguish between a contract claim and a tort claim. A contract claim arises from the violation of a verbal or written agreement between two parties. A tort claim arises when one party violates a duty owed to the other party by virtue of the “common law” of the applicable jurisdiction (i.e. the laws and rules created by the courts through decisions in prior cases in order to protect society, generally).

In Virginia, the Supreme Court has adopted the “Source of Duty Rule” to address situations where an aggrieved party asserts both contract claims and tort claims. The Source of Duty Rule was recently explained in the Virginia Supreme Court’s December 20, 2018 decision in Crosby v. ALG Trustee, LLC. Citing a decision in a prior case, the Supreme Court stated: “To determine whether a claim sounds in contract or tort, the Court employs the source of duty rule. … Under this rule, the distinction between a tort claim and a contract claim is ascertained by looking to the source of the duty that was allegedly breached”. The Virginia Supreme Court has stated that “[i]n certain circumstances, a single act or occurrence can support causes of action for both breach of contract and a breach of a duty arising in tort”. However, the opinion further stated: “To avoid turning every breach of contract into a tort…we have consistently adhered to the rule that, in order to recover in tort, the duty tortiously or negligently breached must be a common law duty, not one existing between the parties solely by virtue of the contract.” In Dunn Constr. Co. v. Cloney, the Supreme Court also cautioned, that “we cannot permit ‘turning every breach of contract into an actionable claim for fraud’.”

In layman’s terms, what this means is that if the failure to perform on the contract is the sole source of the aggrieved party’s claim, then the aggrieved party has no basis to assert a tort claim (for instance, negligence or fraud).

The aggrieved party can only assert additional tort claims if the breaching party engaged in conduct that violated other duties created under the common law, separate from the duty to perform on the contract. 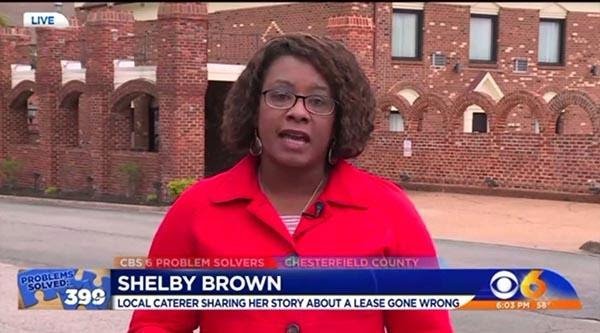 Jeff’s advice is mentioned at 2:36 of the video in the Problem Solvers report. 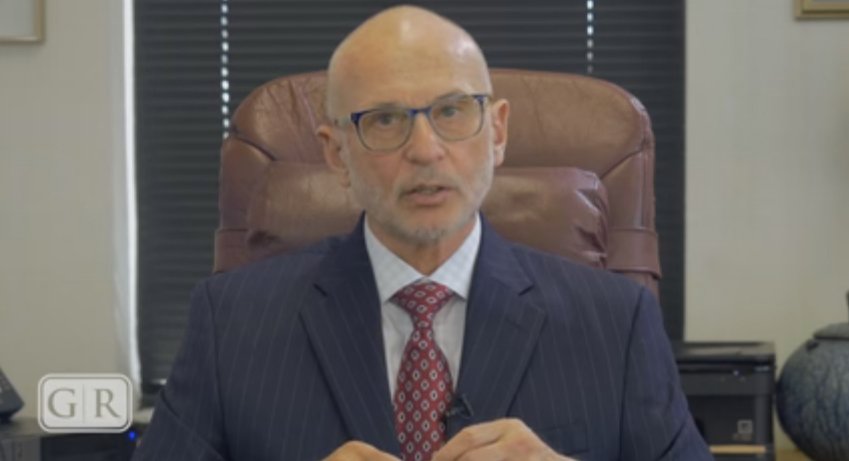 GRDD Law Managing Partner Edward Gross discusses the process of evictions in Virginia from multiple perspectives. If you are a landlord, you can learn how to evict a tenant. If you are a tenant, you will understand the process if you have been served with an Unlawful Detainer.

For information about evictions or other landlord/tenant matters, please contact us at 703-273-1400 or info@grddlaw.com.

In February of 2019, the Governor of Virginia signed emergency legislation to immediately eliminate the unrest created by the opinion of the Virginia Supreme Court in The Game Place, LLC, et al. v. Fredericksburg 35, LLC, 295 Va. 396 (2018). In the Court’s May 10, 2018 opinion, the Court strictly interpreted Virginia Code § 55-2 (the Statute of Conveyances) to reach the conclusion that any lease agreement having a term of longer than five (5) years must be made by a “deed” or otherwise be executed under seal. The Court further concluded that a long-term lease agreement lacking these formalities is unenforceable as a matter of law, and (in the case of a tenant that pays rent monthly) creates only a month-to-month tenancy that can be terminated by either party on 30 days notice. The Court applied its reasoning to reverse a circuit court opinion which enforced a 15 year lease against a tenant that had vacated the premises prior to the expiration of the lease term.

The decision in Game Place sent shockwaves through the commercial leasing world, as many landlords do not style their leases as deeds and/or do not execute leases with the formality of a seal. The decision opened the door for both landlords and tenants to potentially get out of long-term leases. Many landlords scrambled to audit their lease files and rectify leases that did not meet the mark. Many tenants used the decision as an opportunity to terminate leases and/or negotiate better terms.

As a result of the unrest and uncertainty created by the decision, as well as the sizeable number of leases affected by the Court’s decision, the Virginia legislature passed the emergency legislation to eliminate the requirement that a lease agreement having a term of longer than five (5) years be made by a deed. The new law closes the chapter on a period of unrest during which many landlords and tenants lost, or stood to lose, the benefit of the bargains they had struck in signing seemingly enforceable commercial leases.

Residential Security Deposits in Virginia: Recent Changes in the Law

Recently, the Virginia legislature has enacted changes to the Virginia Code with respect to the laws relating to security deposits maintained by residential landlords in Virginia. It is important that all landlords review their practices with respect to security deposits in light of the changes in the law. This article will provide a brief outline of some of the changes.

That said, the legislature has recently adopted amendments to the pre-existing laws that are intended to eliminate discrepancies between the VRLTA and the pre-existing laws. For example, in 2017, the Virginia legislature enacted Virginia Code § 55-225.19, which governs security deposits for residential tenancies not subject to the VRLTA. This statute largely mirrors the statute governing security deposits for residential tenancies that are subject to the VRLTA (Virginia Code § 55-248.15-1). As such, when it comes to security deposits, the landlord will have the same limitations and obligations regardless of whether the VRLTA is applicable to the tenancy. This is a significant shift from the pre-2017 framework, which allowed landlords significantly more discretion with respect to security deposits for tenancies not governed by the VRLTA.

Below is a summary of the landlord’s obligations with respect to security deposits for residential tenancies, which obligations cannot be modified in the rental agreement: